Women and Innocence: An Interview With Exoneree, Julie Rae Harper 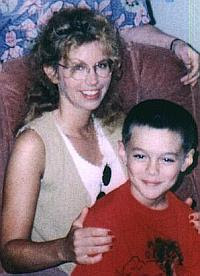 Through the Life After Innocence program at Loyola University Chicago, I've had the pleasure of meeting Julie Rea Harper, a woman, who has a PhD level education and two masters degrees, was convicted of a murder of which she was entirely innocent. After serving three years in the state penitentiary, she was finally exonerated. The most brutal aspect of her story is the fact that Ms. Harper was convicted of killing her 10-year-old son, Joel Kirkpatrick, described as an insightful, loving child who was wise beyond his years and loved by all who knew him.

Now that Joel's real killer has been identified (Tommy Lynn Sells), one of Julie's recent efforts has been to turn her sights towards educating the world about wrongful convictions and, in particular, the women who find themselves in such immensely difficult situations. On November 6, 2010, Julie will host the first annual Women and Innocence conference, joining together female exonerees, as well as some of their male counterparts, and the people who've worked to free them, along with law students, professors, and interested members of the public. As she prepares for the conference, I contacted Julie to ask a few questions.

Why did you want to start the Women and Innocence conference?

There are so many aspects of women, as seen through the lens of wrongful prosecution that need to be taken into consideration. When Tabitha Pollock was incarcerated in Illinois for having not realized her child would be killed by her then boyfriend, she was held accountable for what she didn't know. (It was presumed that as a mother, she should have). This is but one example of a double standard. It is a result of the conceptual map or schematic that society holds for the idea of what a man or woman is and can acceptably be. A man can become violent - even though it is wrong for him to kill, technically - and we can accept that a man provoked may act out aggressively. But women generally do not act aggressively and violently. So when a woman is charged with a violent crime it is already an anathema for the jury that she faces - she is presented as a person who has already stepped beyond the conceptual framework of what is acceptable societal behavior for a woman to exhibit - no matter the explanation. There are many more issues surrounding women and innocence, and there is a need for a forum about them.

Do women face the same issues as male exonerees?

Women face some of the same, of course, but some different ones as well. When a man exits prison, he may have physical scars - which are character building and such war stories are interesting to society and make him potentially more intriguing. Women on the other hand exiting with scars are less attractive and hence less desirable to society. Fact is fact. We do not wish to hear about a woman’s story of either how she was exploited or how she exploited another. But when a man becomes king of the jungle - well, that society finds him more readily appealing. An example though of how both stories are finding a venue in popular media currently is the movie Conviction with Hillary Swank playing Beverly Waters. While this is about a man who was wrongly convicted there is a significant role of the woman who works toward his innocence. Again - the woman stays within the more approved societal role as the 'caretaker' and 'angel of mercy'. These things will change with time as society is opening the territory for wider definitions, but for now there is clearly a boundary line that has more traditional roles in place and these are still greatly affecting those of us who have lived the real experiences of the wrongly convicted.

Is there one person you credit for your exoneration? Will they be at the conference?

No - there were gobs and gobs. And while I would love for them all to be there, they are busy helping others and the needs of a larger audience. However some will be in attendance, and that's super cool. My parents will be there, as well as attorneys Karen Daniel and Judy Royal, from Northwestern's Center on Wrongful Convictions, and I believe Stephanie Horton. And author, Diane Fanning, who coincidentally played a role, as fate sometimes draws characters into our life story. Private investigator Bill Clutter, who worked on my case, may come to share about Jeannette Slover's case, which I am hopeful one day she will also be free. She is a woman I met inside who is definitively innocent and needs to be exonerated yesterday. One thing that happens when you go thru something like this is that you find out just how many people you need to thank for their role in your life - the good parts of it - and you also find out how great the needs are that still exist in the world right around you. This is a very obvious fact in my daily existence now.

The question I hear often about exonerees is how they cope, day to day, with what they went through. Your situation was even more intense than most. Can you share with us one or two things that help you?

I thank God constantly for everything I put into my mouth, for every deep breath I take, and the provisions he makes for me. And I ask his help with every need I have. And I still do a lot of whistling in the dark. I also accept the fact that I won't just get over what I've been through over night. It didn't happen overnight and, it isn't going to go away that quickly either. However, the healing comes in unexpected ways and is evident as I look back and through the loving grace of others in my life. I am just very very thankful for each and every day.

Tell us about Joel and what you like him to be remembered for.

He was a person who loved his people. He had no qualms about saying something was wrong when it was, and he didn't get confused about what mattered most. I used to tell him when I grew up I wanted to be just like him. He used to say when he grew up he wanted to test computer games for a living. Because he had a genius IQ, I kind of hoped he would reach a bit higher for his eventual profession by the time he reached adulthood, and yet I couldn't help but be a bit amazed that he was able to never make others feel stupid when they were around him, and that he saw the beauty in others and the most simple moments. We would sometimes sit and read snuggled up in quilts with a favorite book and a cup of soup while the rain came down in the summer because we both loved the steady, refreshing sounds of the rain and the peace it offered as a backdrop. I want him to be remembered as someone who knew what mattered and did what was true and right, someone who would never have done what the state did. But someone who would forgive them - and yet ask them to change what they've done and not do it to another person - but do it better next time.

Insightful and thought provoking interview, Laura. Julie Rae is obviously a very intelligent person who speaks eloquently about a disdainlful subject. (Coincidentally, the new Law & Order: LA had an episode that focused ona wrongfully accused women...very well done, too, on an intriguing topic.)

Laura, do you have details on where/what time the conference will be held on November 6
Thanks
Sara

I just watched the show on Discovery ID channel covering Julie Rae Harper. My thoughts are with you and the horrific injustice you had to endure all those years.Thank god they got it right in the second trial.The terrifing part is we have more of these idiots (Mr Parkinson) continuing to only look at cases with a yearly conviction percentage in mind and not justice.My thoughts and prayers will be with you and your son.Continue the great work Julie there are alot of innocent people that need you ! :)

I am truly glad Julie was acquitted. In the brutal loss of her son, she went from a mourning mother to a defendant. I still find it amazing how our broken judicial system is allowed to move forward. In numerous cases, often involving life sentences or people on death row, after years incarcerated, left out evidence, testimony or anything that helps, comes to light. showing a persons life was ruined and they were incarcerated, although being innocent. It seems once a prosecuting team gets it set in their mind someone is guilty, they are going to prove, no matter what it takes, no matter what is left out, no matter guilt or innocence...that this person did the crime. I watch alot of news and educational television and it amazes me how many people are wrongfully incarcerated. I wonder if a prosecutors rush to prove guilt has ever cost anyone their life? I am glad the truth finally came out for this young lady and she took her experience and is helping others...KUDOS MISS RAE!...Jeffrey Lewis