As Real As It Gets

We at the Outfit are delighted to welcome CJ Lyons, one of the most well known indie authors around to the Outfit. She's got what sounds like a fabulous thriller that was just released. Read on... 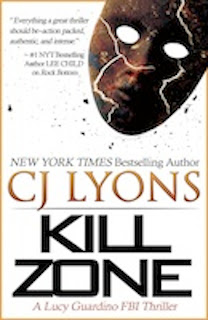 Sometimes as writers we create characters who who we wish we knew in real life. Lucy Guardino, my Pittsburgh soccer mom who also happens to be a kick-ass FBI agent, is one of those characters.

But the cool thing is, I actually have met several versions of Lucy (both male and female)-and police officers and FBI agents have written to tell me that they love Lucy because she reminds them of partners they've worked with in real life.

Lucy came into being because I was tired of reading thrillers featuring female FBI agents who were driven by angst, fleeing demons, fighting addiction, stalked by serial killers, or with dark, forbidden secrets, etc--all things that would never allow them to do their job effectively in the real world. As a woman who has always worked in a male dominated field (Emergency Medicine), I wanted to create a main character I could relate to. Someone facing the same kind of struggles balancing work and family and who was "real."

So, I thought, why not go as real as it gets? How about a Pittsburgh soccer mom, who has a loving and supportive family? No angst, no dark past, no addictions or demons…Just the very real need to do her job the best she can while also giving her family as much love and attention as possible. Of course, I can't go too easy on her, so I give her the worst possible job, tracking pedophiles and sex offenders. The fact that she happens to be good at it only makes her life more complicated because she fights a constant battle of protecting her family from her work.

I was lucky enough to meet a FBI Supervisory Special Agent who was teaching at Quantico and invited me to stay with her family as well as visit the FBI training academy. The academy was a blast (I even got to teach part of a class on interview techniques!) but the best part of the visit was meeting her very normal, very nice husband and kids and watching her do her job while living a life without the melodrama of "demons chasing her" like the usual thriller FBI character. Then I interviewed several more FBI agents, both male and female, who worked crimes against children--which was one of my own specialties as a Pediatric ER doc. Just like me, they fought to keep their cases and their feelings for their victims compartmentalized so they didn't spill over onto their families. But they also realized the importance of doing this work--a job no one wants to do because it does hit so very close to home with each and every victim.

Readers seem especially attracted to Lucy's character--despite the fact that her cases take her into the darkest recesses of the human soul. Her first adventures in SNAKE SKIN and BLOOD STAINED were actually difficult to write because they struck so very close to home with my own experiences working with victims of violent crimes. Now comes KILL ZONE, a book where the research literally gave me nightmares and I had to cut the real life violence by about 90% so that readers would accept it.

How many times have you heard a thriller writer say that?!? KILL ZONE deals with dark and violent realities that could happen right here in our own backyards--which makes it all the more frightening as Lucy puts everything at risk to save her family and her city. But I don't think it's the darkness that makes Lucy so popular. I think it's the light. The fact that no matter what she's facing, no matter how heinous the crime or the criminal, her family is always the reason she does what she does. Lucy reminds readers that they have it in themselves to be heroes. So, you tell me. Do you like your thriller heroes to feel as real as Lucy does? Or more "out of reach," like James Bond or Jack Reacher?

If you want a great snapshot into Lucy's life, check out her video: http://www.amazon.com/dp/B0093OGBKC

For more info on the research that went into creating Lucy's world, go here: http://cjlyons.net/extras/lucys-world/

Want a free book? Anyone who signs up for my Thriller with Heart newsletter can choose to get Lucy's first adventure, SNAKE SKIN, as a free e-read.

Thanks for reading! CJ


About CJ: New York Times and USA Today bestselling author of sixteen novels, former pediatric ER doctor CJ Lyons has lived the life she writes about in her cutting edge Thrillers with Heart. CJ has been called a "master within the genre" (Pittsburgh Magazine) and her work has been praised as "breathtakingly fast-paced" and "riveting" (Publishers Weekly) with "characters with beating hearts and three dimensions" (Newsday). Learn more about CJ's Thrillers with Heart at www.CJLyons.net 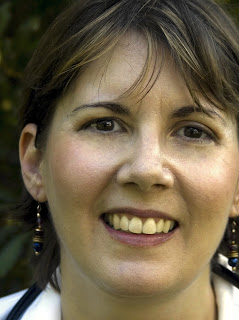 About CJ: New York Times and USA Today bestselling author of sixteen novels, former pediatric ER doctor CJ Lyons has lived the life she writes about in her cutting edge Thrillers with Heart. CJ has been called a "master within the genre" (Pittsburgh Magazine) and her work has been praised as "breathtakingly fast-paced" and "riveting" (Publishers Weekly) with "characters with beating hearts and three dimensions" (Newsday).