I'm sure you don't know this but The Outfit has a Caribbean doppleganger, a French-language blogger who has been covering the Hans Peterson case from paradise climes with nearly as much diligence as us, albeit with a little less discretion and a lot more flair.

More on him in a moment. 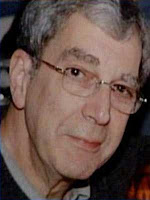 The case is back in the news as a team of French prosecutors, judges, and police officers will arrive in Chicago on Monday to begin their investigation into the murder of Chicago dermatologist Dr. David Cornbleet. They will be interviewing witnesses, detectives, and the family of the victim, and they might visit the Michigan Avenue office in which Dr. Cornbleet was murdered.

(If you're unfamiliar with this bizarre case, in which a former patient of Dr. Cornbleet confessed to his brutal murder but not before fleeing to the Caribbean where he now waits, in a web of complicated extradition laws, for trial in a French court, start at the bottom and read up. I promise you won't be bored.)

Thanks to a legal system that must be the envy of our current administration, Hans Peterson has not been charged with a crime and yet has been sitting in a Guadeloupe prison since his confession last August. Presumably this legal junket to the states will finally lead to murder charges which will then be prosecuted under the French inquisitorial system in an island court. 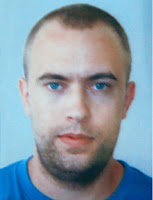 Unlike our adversarial system, in which the prosecution and defense would duel over his fate before judge and jury, the investigation, trial, and sentencing of Hans Peterson will all be directed by a judge. At trial, representatives for the prosecution, defense, and even the victim will be allowed to make suggestions, but it will ultimately be the judge who interviews witnesses, the judge who weighs the evidence, the judge who renders a verdict, and the judge who issues the sentence.

Prosecutors in Guadeloupe have assured the Cornbleet family that justice will be served in a French court, and I have no reason to doubt the sincerity of their public service. I assume they will seek a thorough investigation and a fair trial. Jon Cornbleet, the son of the victim, recently told the Sun-Times what message he hopes to communicate to the judge:

This might be a message that will be well-received. France is fairly sensitive to victims' rights, even requiring in some cases that the state compensate victims financially when the the offender is unable to.

Of course the Cornbleets have never asked for compensation, as far as I know. I think what Jon Cornbleet would like the French government to know is that the world is watching this case. Or, if not the world, CNN, Inside Edition, Dateline NBC, the United States Senate, the US State Department. And of course, The Outfit. And also Jabiru.

Jabiru is Gilbert Blum, the aforementioned blogger and a St. Martin journalist operating under the auspices of Le Monde who has taken an interest in this case. Apparently he has received much of his information from the local detectives who took Peterson's confession, as well as the attorney who will represent him at trial.

Months ago we reported that Peterson had carried a blowtorch with him on the night of the murder with the intention of cutting off Dr. Cornbleet's hands and feet and then cauterizing the wounds, keeping the physician alive while he suffered. Jabiru goes into far more detail (even if the awkward translation sometimes makes the depiction more lurid):

To carry out his demented mutilation operation, he buys a small blowtorch with gas cartridges, special pliers to “slash the dermatologist with”, a hacksaw, some rope, plus his knife… before the fateful appointment of 24 October 2006. Faced with Dr. Cornbleet, he uses as an excuse a blemish on his buttock and the consultation takes place normally.

Then, as he was about to leave empty-handed, he pretends to the dermatologist that he also has a blemish on his leg to show him. And then the cold-blooded attack begins, releasing a drive to kill pent up since April 2002.

His diabolical delirium (a Dibbuk, as Dr. David Cornbleet’s Ashkenazi ancestors used to say) materialized in the persecution feeling which has been haunting him, eating at him inside his body and soul for the past four years. But in a broken up family context, he does not talk about it. Therefore there is no outside critical mind that could go against the negative deviance of his intimate thoughts. No meeting, no advice, no feed-back from his father, his mother or his sister Stephanie.

He feels perfectly normal and totally logical to punish his persecutor by slashing at his hands and feet so that he may no longer carry out his profession. A fiendish plan, including cauterizing the wounds with the blowtorch!

Under the threat of torture, the physician defended himself, hitting the aggressor with the knife. Then he becomes relentless, with no visible emotion, until he finally finishes him off with the thrust of the knife in the heart of his executioner having become an expiatory victim until his last breath. Leaving the office with warm blood stains, he told someone there to call for an ambulance quickly. On exiting the building, he conceals his face in front of the video cameras.

We might be seeing the first glimpses of Peterson's defense here. I'm not sure if this comes from Peterson's statement or from his attorney but this is the first suggestion I've seen, however improbable, that he did not intend to kill Dr. Cornbleet that day:

His main goal – four years after the first consultation – was not (he said) the death of his executioner, only mutilation… Of course, for all his patients David Cornbleet is everything but an executioner. But Hans is locked within the delirium of his paranoid delusion, controlled by the injustice he feels as a victim.

Much has been made about the effect that the drug Accutane might have had on Hans Peterson, even after only two doses. Peterson's father, also a physician, has gone so far as to say that it was the cause of his son's psychosis. Perhaps the most interesting implication in Jabiru's posts (and in his comments here at The Outfit as well) is the possibility that the defense will include the suggestion that Hans has Asperger's Syndrome.

For the court attorney in Guadeloupe, the burden of defending Hans Peterson is heavy and somewhat tricky. The first trips to the visiting room in the Basse-Terre jail look more like short progressive taming sessions.

The murderer is not talkative. He is autistic, and his distinctive features are:

Lack of communication with people. Reasoning intelligence and good writing qualities, including self-analysis.

A champion of online poker on the Internet, the year the crime was committed, he has 130,000 dollars in his account. Therefore he did not kill for money. “A rational gambler typically knows the expected payoff and loss, as well as the probabilities of winning and losing”, he says.

From now on, his brain, locked into a prison cell, is going to remain shut away inside the prison, like a snail inside its shell. A young French-American borderline individual, coming to take refuge on a French island to avoid the risk of a lethal injection, his trial will probably take place within 2 years. Who is he and why did he kill?

Hans Peterson’s four aces, his “game of bluff” could be Asperger’s syndrome.

Readers of this site know that three months after he murdered Dr. Cornbleet, Peterson began posting to Wrong Planet, an "online resource and community for those with Asperger's Syndrome". Although Hans had registered at the site three years earlier, it was only after Dr. Cornbleet's murder that he began inquiring whether he might have the disorder. Hans was clearly trying to figure out why he was different from everyone he knew.

As far as I can tell Hans has never been diagnosed with Asperger's, a high functioning form of autism that has nothing to do with murderous rage. But it's possible that his attorney is trying to use Asperger's as a mitigating factor in sentencing. Several months after we had first discussed Hans's personal inquiry into Asperger's, Jabiru commented here at The Outfit:

I discuss about that with a french psychiatric expert. Autism and Asperger Syndrom have also to be in your mind to understand a little more about this criminal.

I can only assume that Jabiru is getting that idea from Hans's defense attorney. And although it's difficult to imagine what Asperger's has to do with murder, if Hans's defense is really lining up psychiatrists to attest to that fact it's something that might give observers of this case pause, especially in light of this paragraph from the US Department of Justice analysis of the French judicial system:

Expert witnesses, such as psychiatrists, have a great influence. The court will generally abide by the conclusions of expert witnesses.

Posted by Kevin Guilfoile at 4:12 PM