Allan Seager's first novel, Equinox, was a best-seller, a Literary Guild pick, and was almost immediately optioned for film. E.J. O'Brien, the original editor of the annual Best American Short Stories anthology, announced that the "apostolic succession of the American short story" ran from Sherwood Anderson to Ernest Hemingway to Allan Seager. The 1935 edition of BASS, in fact, was dedicated to Seager just as the 1923 volume was dedicated to Hemingway. James Michener, Robert Penn Warren, Carl Sandburg, James Dickey and even Anderson himself all testified to Seager's talents. He had over 80 short stories published in The New Yorker, Esquire, Vanity Fair, Cosmo, Story, The Atlantic, Sports Illustrated and other prominent magazines. He published five acclaimed novels, two collections of short stories, a biography, and a memoir.

And you've probably never heard of him. 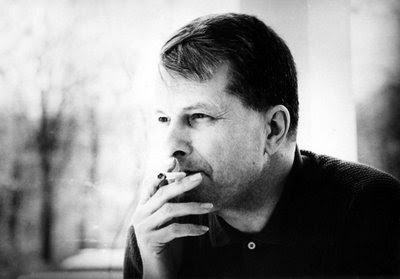 For anyone who writes fiction with even the slightest unspoken dream that published success might lead to immortality on the page, Seager's story is a sobering one. Of all his work, only his memoir, A Frieze of Girls is still in print (thanks to a 2004 reprint from the University of Michigan, where Seager, who died in 1968, had been a professor of English).

But Seager has achieved a different kind of immortality, and probably not one he relished. See, you probably know one of Seager's stories. It was called "The Street" when it appeared in Vanity Fair in 1934.

It also included what would become one of the most ripped-off plots in literary history.

In one eight-month period, just ten years after its original publication, six different writers published their own plagiarized version of the tale under their own bylines in six different American magazines. In subsequent years it turned up several times as a plot in radio serials. More recently you've probably seen it in your email inbox, where you either passed it along to friends as an inspirational tale, or dismissed it into the trash folder as an annoying urban legend.

Here is a version collected on the Internet by the website Snopes.com:

A friend of a friend worked in a hospice where two elderly bed-ridden men shared a room. One of them had a bed next to a window, and would sit and describe in loving detail to his friend the children playing in the sunshine, the dogs loping in the park and any really nasty street fights. Though he loved the descriptions, the other chap soon became sick with jealousy.

This went on for months, until one night the man by the window suddenly groaned and called to his pal, "Ooh, you've got to ring for help, I don't think I'll last the night." The other fellow reached for the alarm, but then thought, "If he goes, I'll get the bed by the window." So he lay back and ignored the moaning.

Sadly, in the morning staff found the poor old bloke stiff as a board, but they reassured his pal that they'd soon have some more company for him. "I must have the bed next to the window!" he snapped. The nurses explained it would be easier if he stayed put, but he angrily insisted. So they lifted him to the other bed. Expectantly, he levered himself up and peered through the window - to see a solid brick wall.

During the war years, the story was often told as occurring in an army or VA hospital. In these versions the soldier by the window usually did not die by some act or omission by his roommate (to ascribe such bad motives to our fighting boys would be unpatriotic), but on the Internet the sin has been reinserted and the story watered down to a cautionary tale of Christian morality.

"The Street" didn't have anything like that kind of sentiment:

At sundown his fever rose and as the room grew dim, his head ached and the daytime clarity of his mind vanished. When he looked at the pale oblong of the window, it seemed to him a gateway and beyond it were all the joys and brightness he had been forced to forsake. If he could only stand at the gate and look out, but no, there was Whitaker like a demon guarding the way. It was the gateway to life, and in the darkness Whitaker’s gaunt face began to assume the shape and hollows of a skull. He was Death, of course. The reverend sonorities of the church arose in his mind, confusing him. Phrases about Death and Life, solemn and distorted, he remembered from hymns and prayer books. If he could vanquish Death, he would be granted everlasting life.

Seager's grand-nephew, the accomplished writer and editor (and also my good friend) John Warner writes* of Seager's own frustration at hearing the story so often bowdlerized:

Seager himself declared that he’d seen plagiarized versions twice in magazines and three times on television. While in a doctor’s waiting room in Brazil (he was there seeking treatment for [his wife's] MS), he saw the story in a magazine, done in Portuguese. He’d once even seen it attributed to Chekhov, which no doubt pleased him greatly. In class, when asked for an example of an oral tale that might make a good short story, one of his students told his own story back to him.

Warner credits the British journalist Quentin Crewe with tracing the runaway legend back to Seager's original. After a number of interviews and phone calls:

...Crewe found a “Professor Allan Seager of Michigan University in the United States” and called him on the phone. Seager confirmed that he was the story’s original author and remarked, “I would gladly sell the rights to it for a hundred dollars, as it makes me so mad every time someone pinches it.” Crewe asked him where the story came from.

“It happened to me,” he said. “I was in a TB hospital. I was the guy without the window. The only difference was that I always pressed the button.”

---
* My source for much of this post is an excellent but as-yet-unpublished magazine-length article by Warner, from which he generously allowed me to quote.

Kevin, Allan was my uncle. He was married to my mother's sister, Barbara Watson, whom he met while she was a student at the University of Michigan.

I ripped off the plot, too, although with credit where I could get the credit printed, in "The Lower Wacker Hilton." This involved three homless men living in an offshoot of Lower Wacker. Only one had the bed--in this case a pile of cardboard--under the sidewalk grate through which he could see up at the street.

Allan was a glamorous uncle. Handsome and world-traveled, and knowing all about publishing. Actually, I was kind of scared of him.

Ha! Barb, it is a testament to your skills that when I read that story I never made the connection. With the POV rotated to the cops and the setting out on the street it never occurred to me that Seager might have been the original inspiration of your story.

I really need to put you in touch with my friend John (who now teaches English at Clemson). Seager's sister Jane was his grandmother and although Allan died a year or two before he was born, John's done a wonderful job of collecting stories about him and loves talking to folks who knew him.

Kevin is referring to the anthology CHICAGO BLUES, edited by our own Libby Hellmann.

Certainly put me in touch with John. I'd like that.

Kevin, what led you to Allan in the first place?

Barb, I heard about Allan when John first wrote about him in McSweeney's #7. John collected some remembrances of people who knew him (including his second wife, Joan) and McSweeney's reprinted Seager's story "This Town and Salamanca." He and I have discussed Seager off and on since.

That McSweeney's is sometimes difficult to find, but there is a copy on ebay now.

What a fascinating post, Kevin. Eclipsed only by what a small world it is on the Outfit!!!
Wow.

Kevin, your posts are always unusual, always interesting, and this one doubly so as we learned about Barbara's backstory!

what a fascinating story, very interesting, really enjoyed your post.